ACTION ALERT: Last Chance to Tell the State of Florida to Protect Sea Turtles and Other Coastal Wildlife by Rejecting the Proposed “MCORES” Toll Road Plan 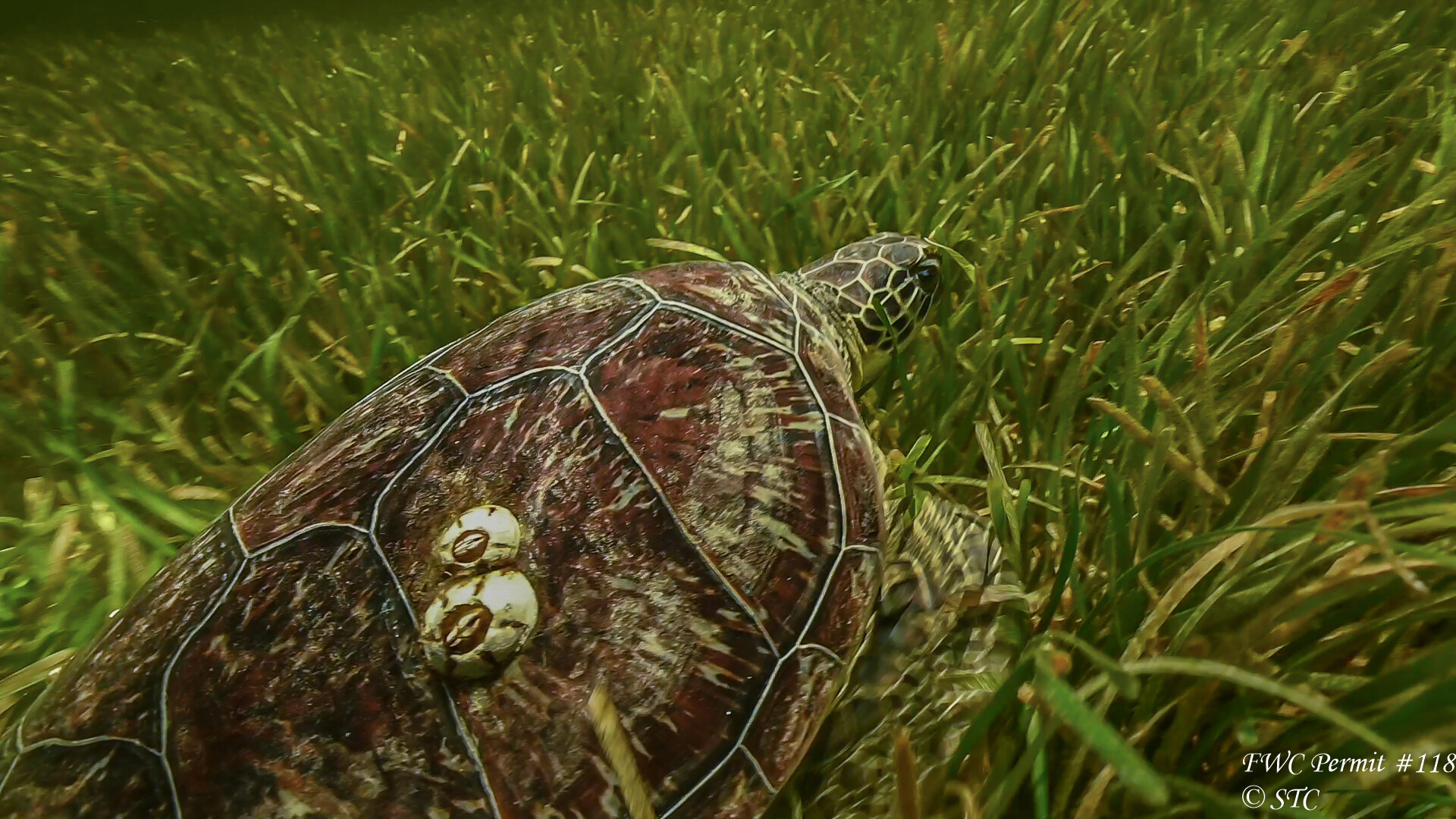 The coastal waters off of Florida’s Big Bend are a developmental habitat for juvenile sea turtles. Pictured here is a juvenile green turtle exploring a shallow seagrass bed.

In May 2019, Florida Governor Ron DeSantis signed Section 338.2278, which created the Multi-Use Corridors of Regional Economic Significance (M-CORES) Program. This program proposes that the Florida Department of Transportation (FDOT) build three new toll highways, which would permanently destroy some of the last remaining wild stretches of coastline in Florida.

One of the three proposed roads, the Suncoast Connector, would slice through the Big Bend coastal region of northwest Florida and cause irreparable harm to the area’s pristine coastal waters and productive seagrass habitat. Through its In-Water Research Project, Sea Turtle Conservancy (STC) studies and protects the juvenile turtle populations that grow up along this coastline. The shallow seagrass beds in this region of Florida are a globally-important developmental habitat for young green, loggerhead and Kemp’s ridley sea turtles. Juvenile turtles spend their time foraging and growing up in this area until they reach maturity. When they leave the Big Bend, they become essential components of the marine ecosystems around Florida and throughout the Caribbean and Central America.

The fragile turtle nursery of the Big Bend exists because of the region’s relative lack of development. The Nature Coast is one of the few places in Florida where annual red tide blooms are not observed because of the degraded water quality. Seagrass is declining worldwide largely due to human impacts. Yet, the Nature Coast contains 1,200 square miles of seagrass habitat, which is the second largest area of its kind in the eastern Gulf of Mexico. These shallow water communities are home to thousands of invertebrates, fish and turtles, many of which depend on seagrass for protection and food. However, this habitat is incredibly vulnerable to runoff and other impacts from overdevelopment, which inevitably will occur if these massive highways move forward.

Iconic rivers, including the Suwannee, Withlacoochee, Steinhatchee and Aucilla, would be forever impacted by these proposed toll roads. Runoff from highways and associated development in the area would leech into waterways and pollute nearby coastal waters, putting juvenile turtles at risk from degraded water quality and disease. Fibropapillomatosis, a tumor-causing disease afflicting juvenile turtles is directly correlated with runoff from roads, septic tanks and other kinds of development sprawl these highways would bring to the region. The Nature Coast’s juvenile turtles and so many other forms of ecologically and economically important coastal wildlife will be in the crosshairs if these unnecessary highways move forward.

The proposed path of each toll road, seen here, will cut through some of Florida’s last remaining wild places. Credit: FDOT

For the past year, the three toll roads have been studied by task forces comprised of state and local governments, environmental groups, water management districts and non-profit organizations. In September, each task force released its findings and concluded that none of these tolls roads are needed. Instead, the task forces recommended that the FDOT focus on updating existing roads. Cornell Consulting, a firm contracted by the No Roads to Ruin Coalition, found that each toll road was “financially infeasible.” The construction of the roads alone will cost an estimated $10.3 billion over the next ten years.

These proposed highways are not yet set in stone. The State of Florida has the ability to adopt a “no build” option, which would remove the

MCORES Program from the FDOT’s Five Year Work Plan. STC is asking its members and supporters to help us save one of Florida’s last wild stretches of coastline by voicing your opposition to the M-CORES toll highways.

The FDOT is accepting public comment on each task force’s final report until Wednesday, October 14. The final findings will be delivered to Governor DeSantis on November 15.