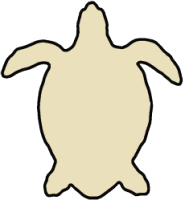 Sea Turtle Conservancy (STC) is hoping all of its supporters will participate in this year’s Giving Tuesday Campaign, which seeks to raise funds to support STC’s turtle research and protection efforts in Tortuguero, Costa Rica—the birthplace of sea turtle conservation. STC’s work in Tortuguero began back in the 1950s, making it the longest-continuous turtle conservation project in the world. Many of the turtle monitoring and protection efforts developed at Tortuguero are used today by sea turtle conservationists around the globe. With funding raised through this year’s Giving Tuesday campaign, STC will launch important new studies and conservation efforts to help identify and address the threats that have caused Tortuguero’s population to decline in recent years.